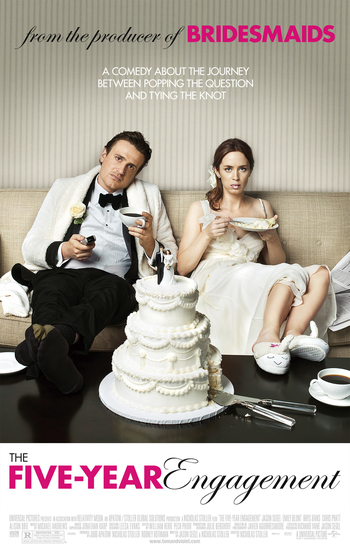 The Five-Year Engagement is a 2012 romantic comedy film produced by Judd Apatow, directed by Nicholas Stoller, and written by Stoller and Jason Segel. Stoller and Segel had previously collaborated on Forgetting Sarah Marshall.

The Five-Year Engagement follows the engagement of Tom (Segel) and Violet (Emily Blunt). Shortly after becoming engaged, Violet is offered a post-doctoral position at the University of Michigan, and she and Tom leave their lives in San Francisco so that she can take the job. Their relocation is the first of many obstacles standing in the way of Tom and Violet's "perfect" wedding.