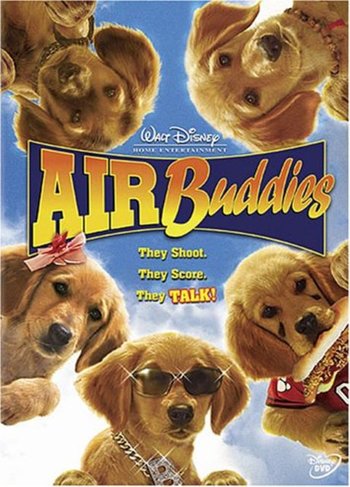 Air Buddies is a series of direct-to-DVD movies produced by Walt Disney Pictures. The series is a sequel/spin-off series to Disney’s Air Bud movie series.
Advertisement:

The movies are about Golden Retriever Air Bud's five puppies: Budderball, B-Dawg, Buddha, Mudbud and Rosebud, who all go out together on a crazy adventure. Unlike the original Air Bud series, however, in this movie series, the animals talk.

The films in the Air Buddies franchise are as follows:

These movies provide examples of these tropes: