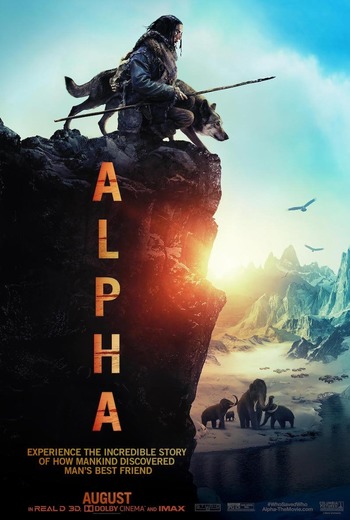 Set in Ice Age Europe 20,000 B.C., it follows the adventures of a young hunter named Keda (Kodi Smit-McPhee) who, after a hunting expedition goes awry, is left for dead by the rest of his tribe; after waking up alone in the wild, he forms a bond with a wolf that has been cast out from its pack. He eventually gives the wolf a name that translates to "Alpha" in modern English, and together they must survive the harsh, cold environment, thereby forming the first steps for the human-canine Interspecies Friendship that would last for millennia.

Not to be confused with films Alpha Dog or Alpha and Omega.