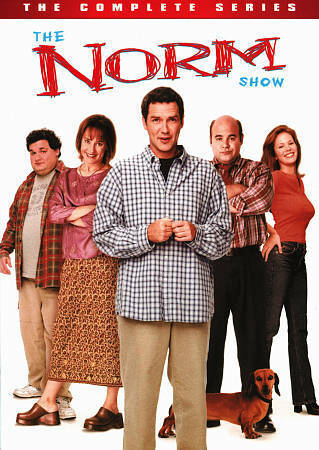 A Work Com intended to cash in on the comic persona of Saturday Night Live's Norm Macdonald, in which he played a complete jerk who gets caught cheating on his taxes and becomes a social worker for community service. A somewhat neglected show which was actually fairly lively and entertaining, if just for its well-conceived, Karmic Trickster-like lead character. It did last three seasons though.

Apparently, a lot of people tuned in for the premiere, thinking it was going to be a Spin-Off of Cheers Heh, heh...