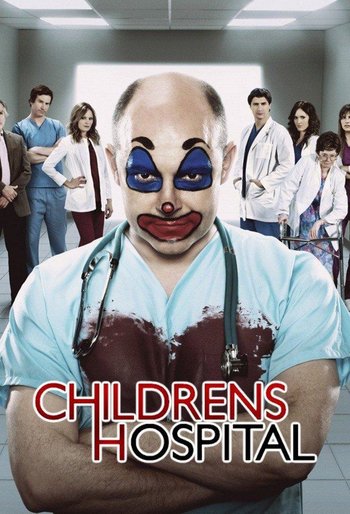 Childrens Hospital is an Adult Swim program that parodies aspects of various medical TV dramas. It began as a series of ten webisodes for theWB.com in the summer of 2008. The series was picked up a year later by Adult Swim, where it aired for seven seasons through 2016. The webisodes were packaged together and aired during the summer of 2010, padded out with fake commercials for NTSF:SD:SUV:: and mock interviews with creator Rob Corddry.

National Terrorism Strike Force:San Diego:Sports Utility Vehicle:: was greenlit, aired in the Summer of 2011. Another spinoff, Newsreaders, was picked up in 2011, as was a movie that admittedly has nothing to do with the plot of the show, but still contains all the same actors. A sequel series, starring Rob Huebel and Erinn Hayes, called Medical Police was released on Netflix on January 10 2020.