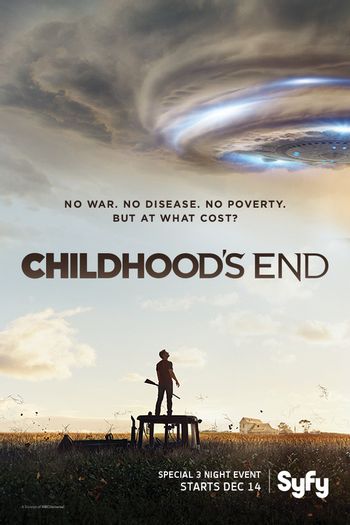 Actually, Ricky never stands on his tractor with a gun.
Childhood's End is a three-episode series on Syfy and based on the novel of the same name by Arthur C. Clarke, originally published in 1953 and based off of a 1950 short story of his. The plot concerns the Alien Invasion of a demonic alien race called the Overlords. After stopping war and establishing a world government, they start to maintain peace on Earth, but refuse to show any images of themselves. Humanity enters a golden age.
Advertisement:

It originally aired over three nights, December 14-16, 2015 at two hours per episode.