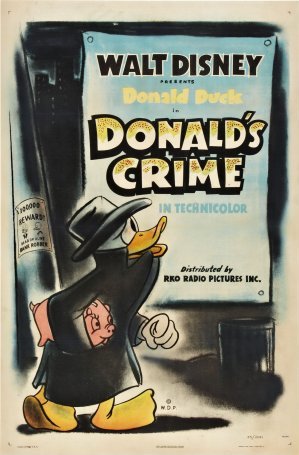 Donald is about to go on a date with Daisy when he realizes that he's strapped for cash, so when his nephews go to bed, he breaks open their piggy bank to steal their hard-earned dollars and spends it at a night club. Despite having enjoyed the night, after walking Daisy home, Donald soon starts to contemplate his "crime" and worries about being treated like the crook he really is. This starts a somewhat trippy series of events as Donald imagines himself trying to run from the law.