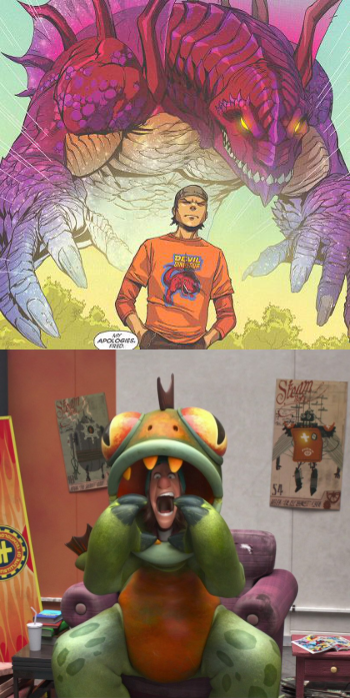 Fred in the comic and in the movie.
Advertisement:

This is when a character is turned into Fun Personified or a Plucky Comic Relief in an adaptation. May be a sign of Flanderization or Character Exaggeration.

This trope is often found in Derivative Works that are Lighter and Softer or Denser and Wackier than their source.

Sometimes this new characterization becomes more popular and is later adapted into the original work.