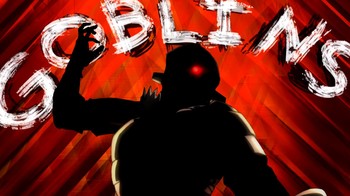 is The Abridged Series of Goblin Slayer, made by Grimmjack of the Schmuck Squad, who are also credited for The Seven Deadly Schmucks.

The plot remains roughly the same, with the idealistic young Priestess joining an upcoming party in the local Guild. Together, the four take on a simple Goblin slaying quest, only for things to go horribly wrong. When all seems lost, Priestess is then saved by the Heroic Comedic Sociopath known as Goblin Slayer. From then on, Hilarity Ensues.

Five episodes have been released so far.

Not to be confused with BridgeBrains's

Goblin Slayer Abridged no matter what the YouTube algorithm tells you.

This series provides examples of…