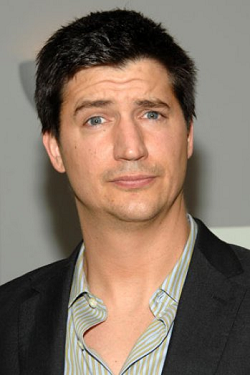 Kenneth Joseph "Ken" Marino (born December 19, 1968 in Long Island, New York) is an American actor. A native of Long Island, he was a founding member of comedy troupe The State and has since recognizably starred and guested in various comedy and drama works. In addition to acting, he is also a director and screenwriter.