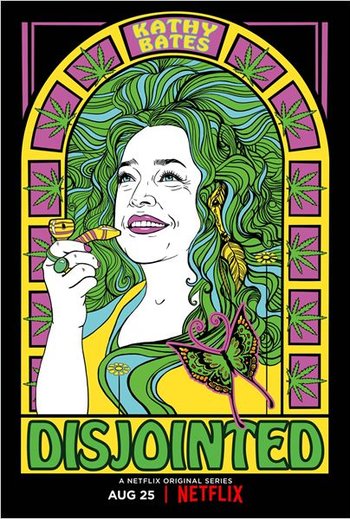 Disjointed is a Netflix original comedy series created by David Javerbaum and Chuck Lorre. Kathy Bates stars as Ruth Whitefeather Feldman, a longtime advocate of legal marijuana usage who opens up a dispensary in Los Angeles with the help of her son Travis and her hired "budtenders". Hilarity Ensues.

Twenty episodes of the series have been ordered by Netflix. The first 10 episodes premiered on August 25, 2017. The second part premiered on January 2018. The show was then cancelled.