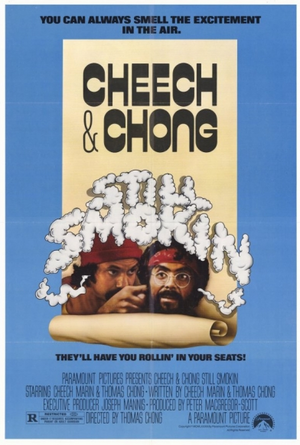 "We aren't very functional when we're stoned - which is all the fucking time."
— Dale, Pineapple Express

Also known as THC Theater. A movie about The Stoner, made for the Stoner. Possibly made by Stoners, but that can't be proven, unless the creators acknowledge that it was.

Tend not to be especially plot-driven, and often contain long tangents relating to pop culture. Expect 90% of the humor to be either puerile jokes or humor about doing incredibly stupid stuff thanks to being intoxicated. Basically, Slice of Life genre for stoners. Many, but not all, Stoner Flicks are also examples of Drugs Are Good.

With these films, it's often recommended that you Watch It Stoned.