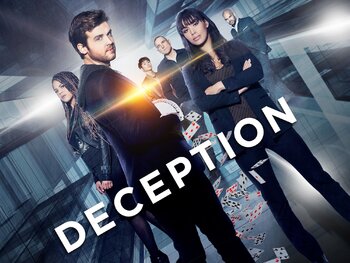 Magicians: they deceive you, they trick you, they entertain you—the one thing they will never do is lie to you.
— Penn Jillette's remarks during his and Teller's cameo in the pilot

Superstar magician Cameron Black is on top of the world when he finds himself arrested for the accidental death of a woman. Cameron is forced to admit his greatest secret: The man the police have photos of leaving the scene is his twin brother Jonathan, whom Cameron has secretly been using to help in his illusions for years. Jonathan insists he was set up by a woman with different colored eyes but is convicted of manslaughter.

With his career ruined, Cameron is thrown to see a news story about a supposed airplane exploding which he sees as an illusion he once used. He helps FBI Agent Kay Daniels solve the crime which turns out to have been supplied by that same mystery woman. Now, Cameron and his magic team aid the FBI in special cases while Cameron tries to hunt that woman down to prove his brother's innocence.