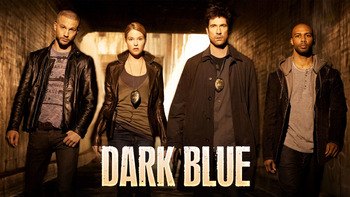 Dark Blue is a cop show about an undercover LAPD unit.

It was created by Jerry Bruckheimer.

Not to be confused with the Kurt Russell movie of the same name.