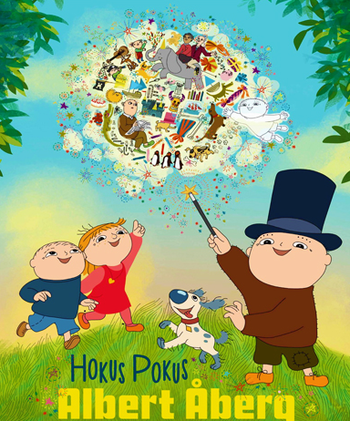 Alfie Atkins (Alfons Åberg in the original Swedish) is a series of children's books, written and illustrated by Swedish author Gunilla Bergström. Alfie is an ordinary kid of five or six years, who lives with his father in an apartment complex somewhere in Sweden. He goes to kindergarten (later elemantary school), plays with friends, gets certain problems with going to bed and other everyday life things young children deal with.
Advertisement:

Not to be confused with the film Alfie or its remake, or the NSFW webcomic.