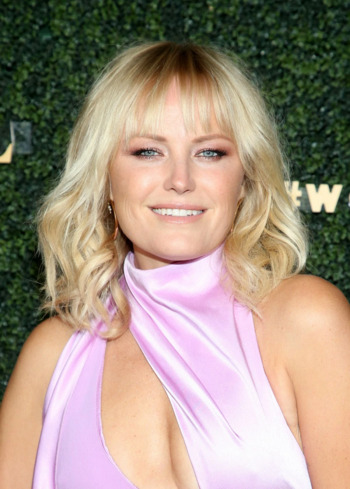 Malin Åkerman (born 12 May 1978 in Stockholm, Sweden) is a Swedish-American actress and model.

She is known for starring in Watchmen, The Heartbreak Kid, Harold & Kumar Go to White Castle, 27 Dresses, The Proposal, The Numbers Station, Couples Retreat, and The Final Girls.

She moved to Canada when she was 2 and was raised as a Buddhist. She is also dyslexic and has trouble reading scripts and prefers to improvise. She became a US citizen in October 2018. Åkerman speaks Swedish, French and Spanish fluently in addition to English. She's been married to British actor Jack Donnelly since 2018, and has a son named Sebastian with her former husband, Italian musician Roberto Zincone.