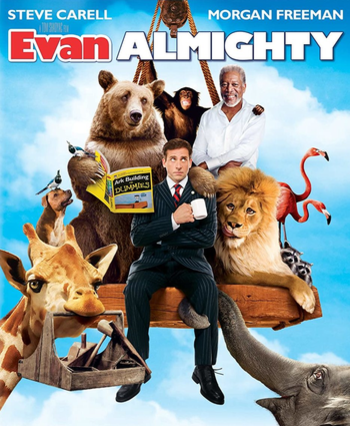 In Evan we trust?
Evan Almighty is a 2007 sequel to Bruce Almighty, spoofing the biblical story of The Flood and Noah's ark.
Advertisement:

Evan Baxter (Steve Carell), Bruce's rival from the first film, becomes a congressman and moves to Washington D.C. where God (Morgan Freeman) forces him to become the next Noah, presumably to save people and animals from the next Flood. This causes people, even his family, to think he's going crazy.