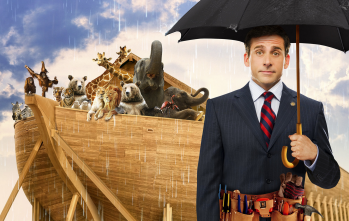 This is the Plot Trope about evacuating (or trying to evacuate) a large population of animals, people, or people and animals in order to survive an impending disaster.
Advertisement:

The Trope Namer and Trope Codifier would be the story of Noah from The Bible, who was told by God to build an ark in order to preserve his family, seven of every "clean" animal (the extra were for sacrifices), and two of every "unclean" animal in order to be protected from the Flood that God planned to use to wipe out the earth as they knew it.

Not to be confused with Noah's Arc.