Literature / The Last Days of Krypton 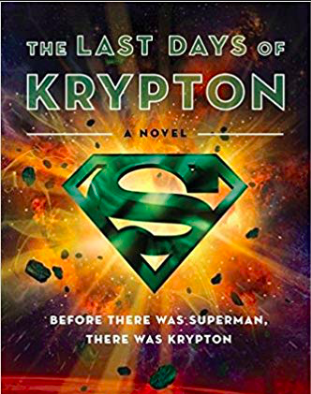 The Last Days of Krypton is an origin story for Superman, written by Kevin J. Anderson in 2007. Drawing from over 70 years of Superman mythos, it gives readers a look at Kryptonian society before its planet explodes.

Jor-El is a brilliant scientist, whose research and progress is continually stymied by the Ruling Council of Krypton, more specifically the Technology Commisioner Dru-Zod, who confiscates many of his inventions 'for the safety of the public'. What Jor-El doesn't know is Zod is actually hoarding his devices for his own use at a later date. While researching a singularity he created that leads to a 'Phantom Zone', Jor-El meets an artist by the name of Lara Lor-Van, and the two quickly start a relationship. However, Jor-El is worried that their planet may be on the road to destruction...

The incredibly static Kryptonian society is given the shake-up of a lifetime when it is visited by aliens- the artificial intelligence dubbed Brainiac in particular, who steals the entire capital city of Kandor, creating a power vacuum on Krypton. Seeing this as his chance, Zod quickly takes control, and dubs himself General. As the power-struggle radically escalates, only Jor-El is worried about the planet's possible demise.