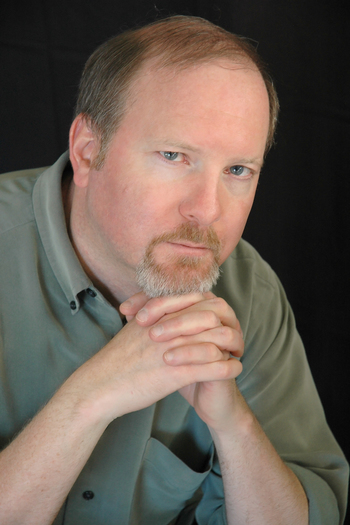 Kevin J. Anderson is one of the more prolific, and controversial, writers of Expanded Universes, having worked on Star Wars novels (now under the Star Wars Legends umbrella), the Dune prequels, The X-Files and Starcraft tie-ins, among others.

He has also written books for several universes of his own design, including The Saga of Seven Suns, the Gamearth Trilogy, the Dan Shamble, Zombie P.I. stories, and Terra Incognita.

Works by Kevin J. Anderson with their own trope pages include:

Other works by Kevin J. Anderson provide examples of: