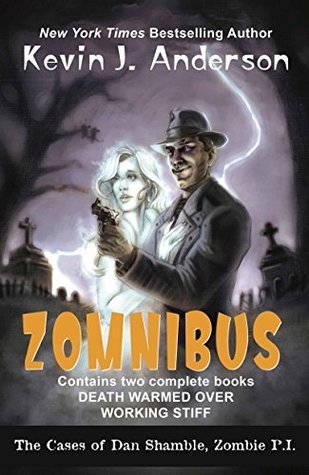 A horror-comedy detective series by Kevin J. Anderson, chronicling the cases of Dan Chambeaux, private investigator in the Unnatural Quarter. Shot dead while seeking his girlfriend's murderer, Dan returns to "life" as a zombie: one of countless "unnaturals" spawned by the supernatural upheaval of the Big Uneasy. Together with his ghost-girlfriend Sheyenne, his BHF (Best Human Friend) police officer MacGoo, and Robin Dyer, his civil-rights attorney business partner, Dan tackles mysteries in which a multitude of monsters - natural and unnatural - engage in all-too-human criminal behavior, and anything could be the culprit.

Tropes included in this series: