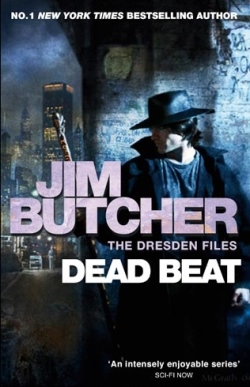 Pain in the necro.
Advertisement:

The One With… the necromancers.

Harry has a problem. Yes, again.

He's just been hired to find The Word of Kemmler, the personal spellbook of a powerful necromancer, which is also being hunted by any number of Kemmler's apprentices and, really, anyone who would want to unlock the secrets of powerful necromancy—including a spell that would allow the caster to become a demi-god by devouring the spirits of the dead.

Dead Beat is book #7 in The Dresden Files.