All Elections Are Serious Business 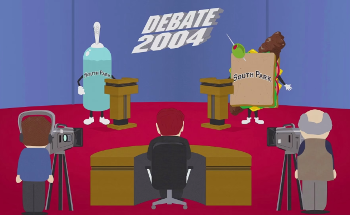 Many minor positions in government go unopposed, and when there actually is an election, it's very small scale. Statistically, election turnouts in countries without mandatory voting are frequently low, and few people take part in elections for anything lower than the highest executive office or legislative body, depending on where the balance of power lies in the Presidential-Parliamentary spectrum. note in Presidential systems, the Head of State (i.e. President) is also the chief executive and the cabinet needs no legislative confidence, so the Presidential Election would be more important that the Legislative Election; in Parliamentary systems, the chief executive - in this case, the Head of Government (i.e. Prime Minister) - is drawn from the Legislature, and the Head of State has no power of their own, so the Legislative Election would be more important than the Presidential Election where one exists, as the Head of State might be elected by the Legislature instead of the voters. In the case of parliamentary monarchies, there are no presidential elections because the head of state is a hereditary position, so the Legislative election is the only one available. Since real-life student councils aren't worth much more than an extracurricular activity on your college application, real-life students are largely apathetic as to who is on the ballot.

But not in the world of fiction. No matter how meaningless the post, no matter how minor the job of selecting it, any job that requires an election will be treated as seriously as the election of a world leader. Even if the person in question is running for the position of garbage collector, expect the news media to hound their every footstep sniffing out scandal as if the person was a major celebrity. Furthermore, every person in town will be talking about their positions in great detail as if the election deeply impacts every facet of their lives. A work in a school setting will show the student body deeply concerned over the position of Student Council President. The candidates, all of whom are children, spend what must be exorbitant funds on their campaigns and the school allows them to hold massive rallies in a gym or auditorium, in which the entire student body will attend in their own free time to support their favorite candidates and take part in the leadership of their school. There may even be a parody of a presidential debate included. The actual election will even feature fancy voting booths just like those used in real elections.

If used for comedy, this story will take an intentionally pointless job and have the characters in the story (or at least the candidates) act as if their entire worlds center around it. It's a non-controversial way to satirize the actual election process, and also less likely to cause the storyline to become dated the way more contemporary political humor would.

However, many works will play this absolutely straight, never acknowledging that student council elections are actually boring, mundane events or that students rarely care about the results. School settings that play this straight often contain an Absurdly Powerful Student Council to go along with this illusion. A common menial position played for laughs is a campaign for dog catcher, a play on the phrase "you couldn't get elected dog catcher!"