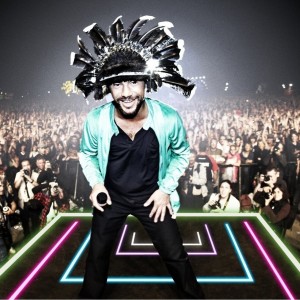 Jamiroquai is an English band formed in 1992 with singer Jay Kay as frontman. The original line-up included Jay Kay (vocals), Toby Smith (keyboard), Stuart Zender (bass), Nick Van Gelder (drums), Wallis Buchanan (didgeridoo), and Alec Moran (pipeau), though as of 2011 the only original members left are Jay Kay and Derrick Mc Kenzie (drummer circa 1994). The band was formed after Jay Kay's unsuccessful attempt to become the lead singer of fellow Nineties jazz/soul band The Brand New Heavies. Jamiroquai has released eight studio albums, the latest of which was released in March 31st 2017.

The band Jamiroquai provides examples of the following: