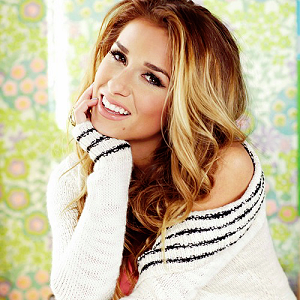 Jessica Rose James Decker (born April 12, 1988) is a country singer from Georgia (U.S.A.). She released her self-titled debut album in 2009 and is married to Eric Decker of the Denver Broncos. In 2013, E! debuted a Reality Show chronicling the road leading up to her and Eric's wedding, which was renewed the following year to follow the pregnancy of their first child, and then a third season aired three years after that.
Advertisement:

Not to be confused with the American outlaw, the Pokémon duo or Jessie J.