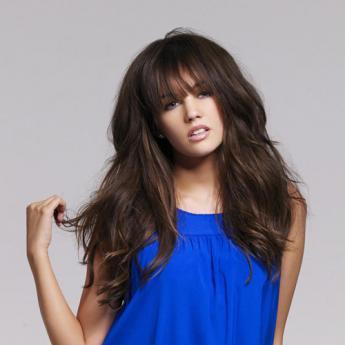 Just call her the Comeback Queen.
Picture this: A young woman who fits all the criteria of being a popstar (good looks, great voice, stage presence, fashion blog darling) is being touted as the Next Big Thing. The magazines interview her about her upcoming album, the newspapers explain why she deserves to go international, and websites are starting to spread her name like wildfire. She's writing songs for the likes of JoJo and Ashley Tisdale and even David Guetta is lining up to work with her. Basically, she's the music industry's new it girl.
Advertisement:

Suddenly, it all stops. Turns out the album is vaporware. Collaborations with other well-known artists are scrapped and no more promotion is invested into the artist. Not all that surprising, especially when your record label decides to invest more time into Britney Spears.

But then that woman decides to audition for The X Factor. By the virtue of the Australian public and under the tutelage of Guy Sebastian, she ends up winning the competition. She now has a number-one single and an album released in time for the Christmas shopping frenzy.