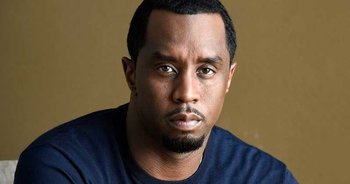 Growing up in New York City, he got his start interning at Uptown Records. After being fired, he established his own record label, Bad Boy Entertainment, which would go on to feature big names like The Notorious B.I.G., Craig Mack, and Boyz II Men. In 1997, he released his debut album, No Way Out, which was in part a tribute to Biggie, who had been killed that same year. It produced the chart-topping singles "Can't Nobody Hold Me Down" and "I'll Be Missing You", the latter of which held the Billboard Hot 100's #1 spot for eleven straight weeks, while the album itself was certified seven times platinum.

After getting into some legal problems in the late 1990s/early 2000s, he continued to release music, with successful albums like Forever, The Saga Continues..., and Press Play.

Combs has won three Grammies and two MTV music awards. Worth over $820 million, he is also the second richest hip-hop artist in the world, after Jay-Z.