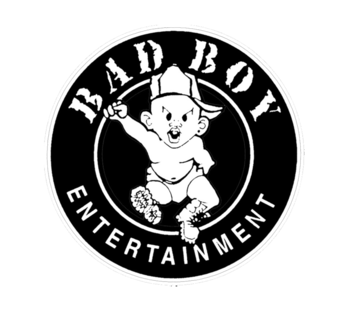 Bad Boy Records (or Bad Boy Entertainment) is an American record label founded in 1993 by Sean Combs. After being dismissed from Uptown Records, Combs founded Bad Boy as a joint venture with Arista Records. Its first two artists were Craig Mack and The Notorious B.I.G., with the latter quickly becoming the label's premier star.

Through the 1990s, the label had a high-profile feud with the west coast's Death Row Records, which culminated with the deaths of their stars, Tupac Shakur and Biggie. Entering the new century, the label began to decline, with Combs ending Bad Boys' partnership with Arista in 2001. The label began to recover in 2005, with the arrival of new artists. Later the same year, Warner Music Group obtained 50% of the company. In 2009, Bad Boys left Warner to instead partner with Interscope Records, though WMG retained the Arista/Warner catalogues. In 2015, the company changed partners yet again, this time, to Epic Records, which serves as its current distributor.