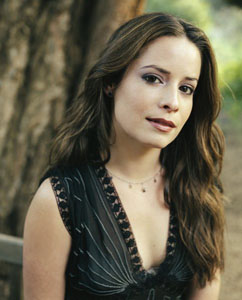 Holly Marie Combs (born December 3, 1973 in San Diego, California) is an American actress who was first noticed as Kimberly Brock on Picket Fences, after an uncredited scene with Tom Cruise in Born on the Fourth of July, and is currently on the TV version of Pretty Little Liars. But she is probably best known as Piper on Charmed.

She has three sons with ex-husband David Donoho, and is currently married to her third husband, Mike Ryan.

This actress is an example of...