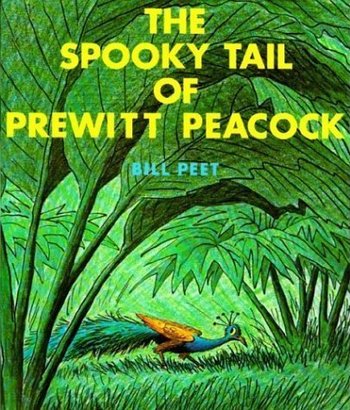 The Spooky Tail of Prewitt Peacock is a 1973 children's storybook by Bill Peet.

Prewitt Peacock has the plainest train of any of the peacocks in his group, but it quickly takes a frightening twist, growing into a "monster". Prewitt's inability to keep his feathers under control earns him the anger of the other peacocks, but it might come in handy when dealing with Travis the tiger...