Literature / The Ant and the Elephant 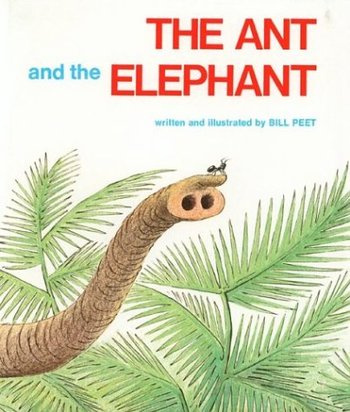 The Ant and the Elephant is a 1972 children's storybook by Bill Peet.

A chain of animals — an ant, a turtle, a hornbill, a giraffe, a lion, and a rhino — are left in a bad position one day; then an elephant happens along to help. When the elephant is in trouble, can the ant fulfill his promise to help his rescuer?