Theatre / A Raisin in the Sun 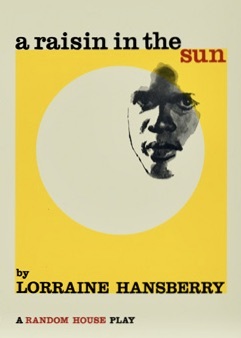 What happens to a dream deferred?

Or does it explode?
—Langston Hughes, "Harlem"
Advertisement:

A Raisin in the Sun is a play written by Lorraine Hansberry in 1959, inspired by Sean O'Casey's Juno and the Paycock. It details the life and times of the Younger family, a poor black family living in a small apartment in Chicago. Due to the passing of the elder Mr. Younger, the family is now in the position of receiving a large life-insurance check. Each of the adult members of the family has an idea as to what he or she would like to do with this money, and over the next few weeks, it's shown how each character's hopes and dreams affect the other family members.

Notable for being the first play written by a black woman, as well as the first with a black director, to be shown on Broadway. Despite Hansberry's worries, the play was a huge success, and would have probably become the author's big break had she not suffered an untimely death from cancer a few years afterwards. It has been adapted several times, most notably as a 1961 theatrical film (directed by Daniel Petrie and starring most of the original Broadway cast, including Sidney Poitier, Claudia McNeil, and Ruby Dee), as well as Made-for-TV Movie productions in 1989 and 2008, and the 1971 musical Raisin.

Alternative Title(s): A Raisin In The Sun