Theatre / A Portrait of the Artist as Filipino 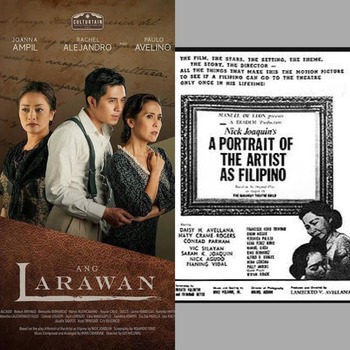 An English-language Filipino play written in 1950 by author Nick Joaquin. It debuted on stage in 1955.

Set in the tragically beautiful, Spanish-colonial Walled City of Intramuros in the late U.S. colonial era, specifically in October 1941, the play is named for the huge, classically-themed self-portrait by the great artist Don Lorenzo Marasigan el Magnifico, and the rest of the play revolves around his two youngest, unmarried daughters, Paula and Candida, as they debate whether or not to sell off the painting—and the incomparably grand, Old, Dark House they live in—to pay their bills and support their father in his old age, with external pressures from all sides usually telling them to do the smart thing and sell them both.

Contrast Without Seeing The Dawn, a novel by Stevan Javellana that's set in almost exactly the same time period (late 1941, just before the war in the Pacific), but this time in the Visayan province of Iloilo, and focusing on the other end of the social ladder—namely, rural peasant farming families, many of whom probably worked for landlords very much like the characters in this play.