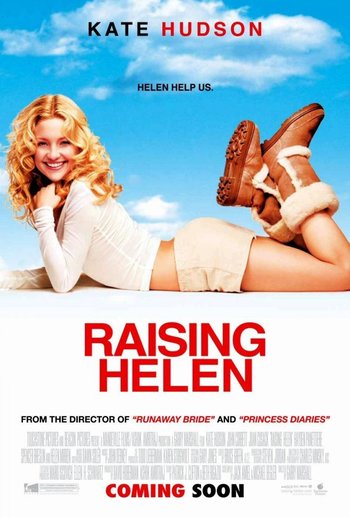 It revolves around Helen Harris (Hudson), an executive assistant for the president of a powerful modeling agency in Manhattan. She works hard and fixes every little crisis that happens on modeling shoots and within the office. After work, she goes out to clubs to socialize with her clientele while also being young and having fun.

Helen's content little world suddenly changes when her sister Lindsay and brother-in-law Paul die in a car accident. Helen and her other sister Jenny (Joan Cusack) learn that Lindsay and Paul left Helen in charge of their three kids: 15-year-old Audrey (Hayden Panettiere), 10-year-old Henry (Spencer Breslin), and five-year-old Sarah (Abigail Breslin). Convinced she can raise the kids and maintain her already fast-paced schedule, Helen quickly finds herself burnt out and disheartened by her responsibilities and by Jenny's lack of faith in her.