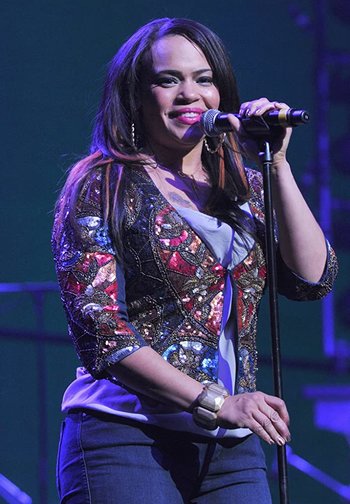 Faith Renée Jordan née Faith Evans (born June 10, 1973) is an American singer and songwriter. She is the first female artist signed to Sean Combs' Bad Boy Records. She is also known as being the widow of one Christopher Wallace or The Notorious B.I.G., whom she married on August 4, 1994 and was married to until his death in March 9, 1997. She was featured along with music group 112 on Sean Combs's tribute single to Wallace,"I'll Be Missing You."