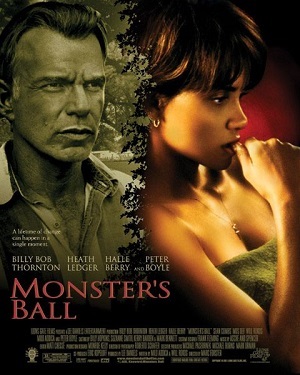 A lifetime of change can happen in a single moment.
Advertisement:

The movie chronicles a Southern correctional officer who, after the suicide of his son, strikes up an unexpected romance with a woman after the death of her husband (a death row inmate) and son.

For her performance in the film, Halle Berry won the Oscar for Best Actress—the first Black actress to win in that category.