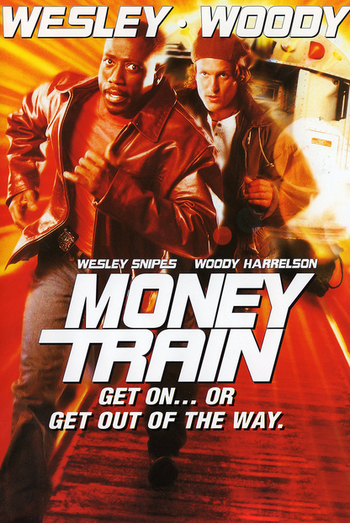 A pair of foster brothers named Charlie (Harrelson) and John (Snipes) work as transit cops in the New York City subway system. While John is doing pretty well for himself, Charlie is living in something of a downward spiral. Eventually Charlie winds up losing his job, getting berated by his brother, and gets the crap kicked out of him by a Loan Shark for unpaid debt. In an effort to pay off his debts and turn his life around, Charlie implements a plan to steal the "money train," an armored train carrying the New York Subway's weekly revenue.