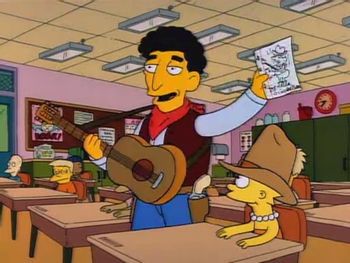 After Ms. Hoover announces that she's on medical leave for Lyme diseasenote which she finds out she doesn't have, Lisa finds a kindred spirit in her substitute teacher, Mr. Bergstrom, but when he leaves and Ms. Hoover returns, Lisa is crushed and angry that Homer doesn't care. Meanwhile, Bart runs for class president.