Decided by One Vote 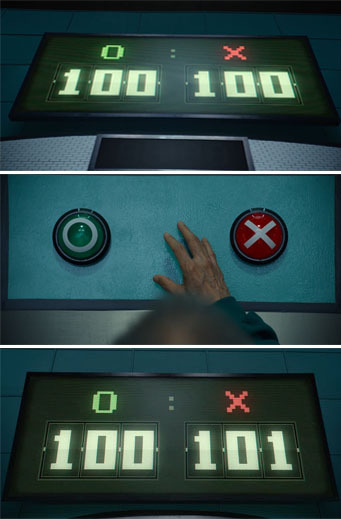 Kent Brockman: The controversial bill passed by only a single vote.
Marge: You really should have voted, Homer.
Homer: Oh, it wouldn't have made a difference.
— The Simpsons, "Wild Barts Can't Be Broken"
Advertisement:

When an election is the main plot of the story, it is inevitably decided by one vote. This can manifest itself in several different ways:

1. The antagonist candidate is declared to have won by one vote. The main characters of the show realize that, in the excitement of the plot, they themselves forgot to vote. Usually, the episode began with the characters trying to convince someone that voting is important. Thus An Aesop is delivered.

2. The vote is discovered to be tied, or very close, but there's still a small amount of time left to vote. A Race Against the Clock ensues.

3. The vote is discovered to be a tie, one person has yet to vote, and they vote unexpectedly.

4. One person's vote is counted multiple times. This version is most common in business settings in which one person holds the "controlling share" (over 50%) of the company's stock.

Note that any one of these can also have an additional scenario attached to the final vote - one character, either out of ignorance or some moral principle, refuses to vote for themselves and votes for their opponent instead. This one vote will ironically be their undoing as they discover that their opponent did not share this mentality. This may also happen due to a character believing a vote for themselves is unfair or even not realizing they can actually vote for themselves. It may also include an epiphany where one of the candidates realizes at the last moment that they don't deserve to win and votes for their opponent instead, thus ensuring their own defeat for the greater good.

See also: Down to the Last Play. Subversions of this trope usually involve a Dark Horse Victory or Crack Defeat. The polar opposite of this is a Landslide Election, in which one side completely crushes the other.

would have you believe).

open/close all folders
Forgot to Vote

The first boot of Survivor: Cook Islands is voted off by their peers in a 3-2 vote.

The first boot of Survivor: Cook Islands is voted off by their peers in a 3-2 vote.