Series / It's About Time 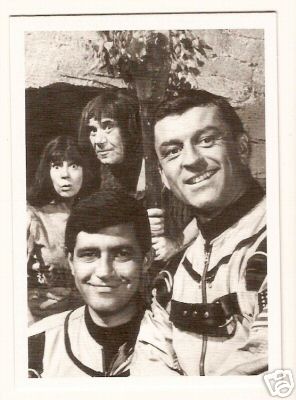 It's About Time (1966-67) was about two astronauts who, after breaking the speed of light, accidentally travel back in time to prehistoric Earth. Unable to return, they make friends with the "natives" in the stone age. An attempt to do a live-action version of The Flintstones.

Halfway through the season, having run out of stone-age jokes, the show was retooled by having the astronauts manage to fix their spacecraft and return, bringing some of the stone-age characters with them, turning the show into a Fish out of Water about stone-age characters trying to figure out modern life. This wasn't very successful either, and the show only lasted the one season.