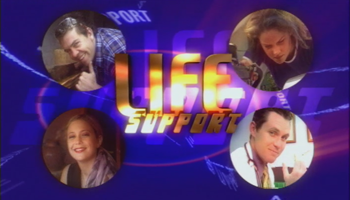 "Life Support is here for you!"
Life Support was an Australian cult comedy series that aired on SBS between 2001 and 2003, and parodied lifestyle shows such as Better Homes And Gardens while simultaneously using associated tropes to satirise the hell out of Australian society. A lot of its humour came from the hosts suggesting dangerous, dubious or often wildly illegal advice with completely straight faces.
Advertisement:

The four main characters were: