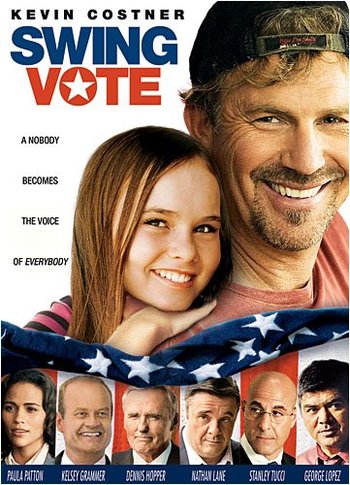 Swing Vote is a 2008 American comedy-drama directed by Joshua Michael Stern and starring Kevin Costner as a man whose one vote will determine the entire US presidential election in a dramatic turn of events.