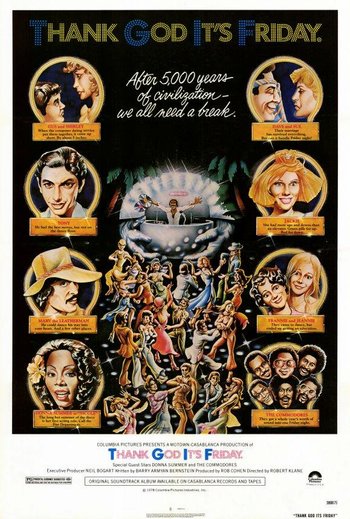 Thank God It's Friday is a 1978 film made at the height of the disco craze. The film was criticized because it won an Academy Award for Donna Summer's hit song, "Last Dance", which moviegoers thought it didn't deserve. The movie tells the intertwining stories all in a day of the staff and visitors of the disco club called The Zoo.