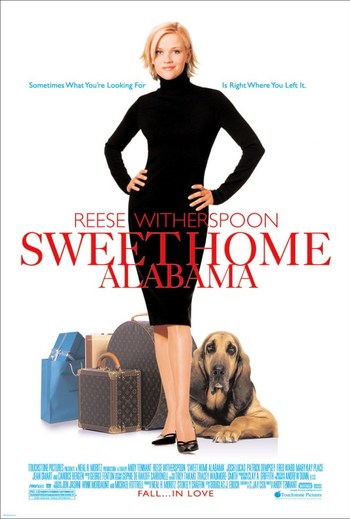 Sometimes What You're Looking For Is Right Where You Left It.
Advertisement:

Melanie Carmichael (Witherspoon) is a rising New York fashion designer who is recently engaged to Andrew Hennings (Dempsey), the man of her dreams. Her life is perfect... except that her name is actually Melanie Smooter, and she's still legally married to Jake Perry (Lucas), her childhood sweetheart. She flies home to Pigeon Creek, Alabama to force Jake to finally sign the divorce papers and, once there, finds that she misses her former home, friends, and even her soon-to-be ex-husband. Worse, her fiance and his mother show up unexpectedly and they decide to have the wedding in Alabama, forcing Melanie to confront her past rather than run from it.