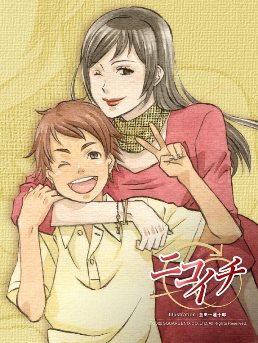 29-year-old Suda Makoto is an average Salaryman and leads an ordinary life in every aspect if not for the fact that he is raising a child alone. To top it up, the child is not even related to him, being the son of his girlfriend during his university days. After his girlfriend, a single mother, died in a tragic accident and the existence of her son became known to him, he decided to adopt him and treat him as his own. Trouble began when the child, being very emotionally attached to his mother and not old enough to understand the fact that she was already dead, kept on clamoring for her. In a desperate bid to placate his new son, Makoto recklessly decided to fulfill the role of a mother via cross-dressing. For eight years, he successfully cultivated the image of a perfect mother at home while working as his normal self outside home. All seems uneventful until he fell in love for the first time in many years with a woman he met in a crowded train one day, which threatens to upset the delicate status quo he had created….

A seinen manga by Kindaichi Renjuurou, this series actually deals very little about the trials of single parenthood and focuses more on the impact of Living a Double Life on a person's dating life as well as the difficulties on keeping secrets to a person's close ones. It is nonetheless a heartwarming manga with many comedic moments to make an enjoyable read.