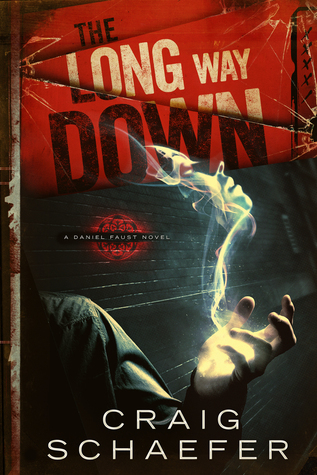 Daniel Faust is the anti-villain main character of a series by Craig Schaefer, author of the Revanche Cycle. A con artist, thief and former gangster living in the shadows of Las Vegas, Faust uses black magic and bullets to get what he wants. He navigates a noirish world of Black-and-Gray Morality with the help of his crew of grifters and rogues and his lover Caitlin, the ruthless enforcer for a prince of Hell.

The Daniel Faust series is rather large, consisting of several different series intertwining into and out of each other, including the Revanche Cycle.

The primary series consists of:

The Long Way Down, Redemption Song and The Living End form a rough trilogy as Daniel stumbles on a "The End of the World as We Know It" plot and tries to take down the bad guys. After that the Myth Arc kicks in, with The Revanche Cycle starting to cross over in Castle Doctrine.

A spinoff series following the adventures of FBI Agent and Hero of Another Story Harmony Black has also been released, with six books currently available, consisting of:

A spinoff of that spinoff, the Wisdom's Grave trilogy following NYPD Detective Marie Reinhart, has also been released, consisting of: