Film / Even Lambs Have Teeth 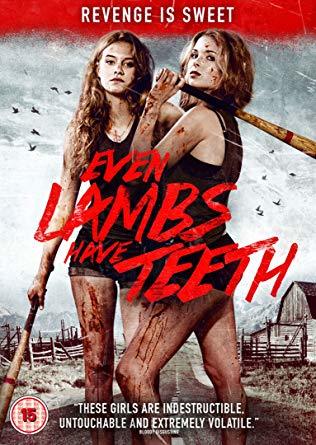 Even Lambs Have Teeth is a 2015 American exploitation revenge horror thriller written and directed by Terry Miles.

Two young women, Sloane and Katie (played by Kirsten Prout and Tiera Skovbye, respectively), head out to rural America to work on an eco farm. They need the money so they can go on a shopping holiday to New York. They are offered a ride to the farm by some friendly local young men. Turns out the men's intentions aren't all friendly and they are soon held prisoner by them. They escape and plan their revenge. Meanwhile, the uncle of one of the girls, an "FBI detective", suspects something is wrong and comes looking for them.

Tropes found in Even Lambs Have Teeth: