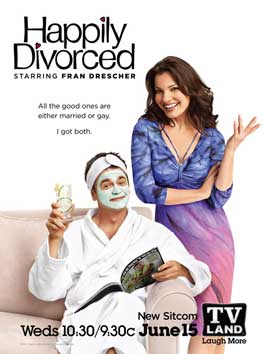 A TV Land original sitcom starring Fran Drescher of The Nanny. Based on events in real life, Fran's husband Peter comes out as gay, but due to money issues they still share a house. Hilarity Ensues.

The show ran for two seasons before it was cancelled with a total of 24 episodes.