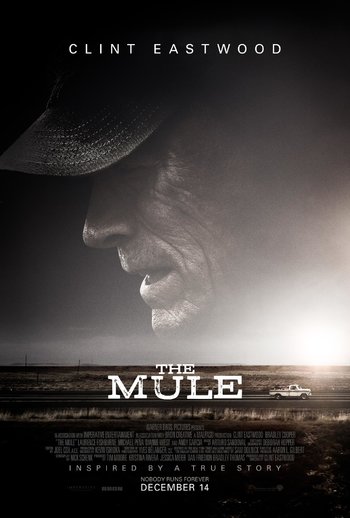 "For what it's worth, I'm sorry for everything..."
Advertisement:

The Mule is a 2018 American crime film produced and directed by Clint Eastwood, who also plays the lead role, with a script by by Nick Schenk. It is Eastwood's first acting role since 2012's Trouble with the Curve and his first starring role in a film he directed himself since 2008's Gran Torino.

It is based on the true story of Leo Sharp (renamed Earl Stone here, played by Eastwood), an elderly war veteran (of World War II in real life, of Korea in the film) who became a drug courier for the Sinaloa Cartel.

The film was released on December 14, 2018. The trailer can be watched here

The Mule provides examples of: