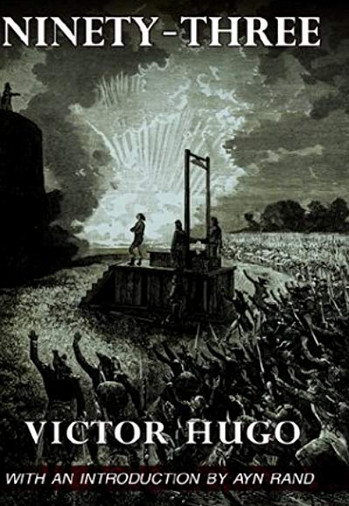 Ninety-Three (Quatrevingt-treize) is the last novel by Victor Hugo, published in 1874. The setting is the year 1793 of The French Revolution, which means the Reign of Terror, and especially the War in the Vendée, a peasant uprising leading a royalist and pro-Church counterrevolution violently repressed by the Republic.

The story focuses on the Marquis de Lantenac, a nobleman from Brittany who fled to England and secretly comes to Vendée to take the lead of the uprising and prepare a British landing. On the side of the Revolution are Gauvain, a nobleman leading one of the armies sent by the Republic to quench the uprising, and Cimourdain, a former priest whose role is to keep a civilian (and non-noble) eye on Gauvain.

Interesting note: Ayn Rand wrote an introduction to one of the editions to this novel. This intro was later included in her Romantic Manifesto.